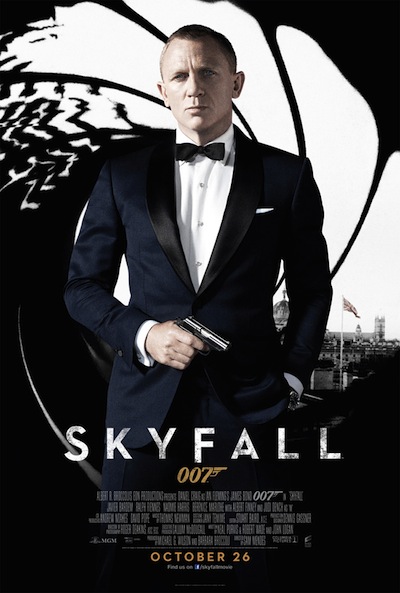 You’ve got to feel a little sorry for Timothy Dalton.

1987’s The Living Daylights and 1989’s Licence To Kill saw him take over as iconic agent James Bond, rescuing the series from the latter campy efforts headed by Roger Moore. Dalton’s Bond was clearly a shift back towards the original spy of Fleming’s books, with serious realism creeping in and Dalton’s scowl replacing Moore’s insinuative eyebrow. They made money, for sure, but the latter was especially lambasted for being too serious in tone, too distant from the series’ preference for lightweight gadget fodder. The lengthy legal battle between MGM and Eon effectively killed his planned third outing, and the Bond reigns finally fell into the eager hands of Pierce Brosnan. I remember very clearly watching Dalton’s Bonds and really enjoying how the series’ new tone matched my own growing maturity. For that reason, he’s my favourite Bond. At least, he was – until Skyfall.

The first thing to note is that the story in Skyfall is actually compelling, interesting and twisty instead of being a mere backdrop for invisible cars and Playboy-level nuclear physicists. In a nutshell, a breathless pre-credits train-top chase leads Bond in pursuit of a lunatic villain – a character Javier Bardam savours so much in his portrayal – while using near-death as a catalyst for self-examination. All the main characters have skeletons in their cupboards, some more psychopathic than others. The aging cast is this time used front and centre as a reminder to us all that our bodies don’t always follow the vigor of the mind, and that sadness only turns into bitterness if stretched over decades. The chase unfolds in Istanbul, Macau and good old Blighty, the latter not filmed this beautifully in a long time.

Daniel Craig’s Bond resonated from the off in Casino Royale, finding an audience for his mix of seriousness and broken humanity. Craig lets us in on the journey from one point to the next, until we finally see that the assumed Bond “character” is as much a weapon as his fists or guns. It’s a clever, intelligent portrayal that’s subtle enough to not drift into melancholy. Craig’s casting was initially a hard sell, but it has proven to be a fine decision.

Skyfall sees Bond at his most resourceful and competent. The unfortunate side of both Casino Royale and the far weaker Quantum of Solace was that, as partial reboots, they really wanted to show you how Bond became this remorseless killer, a murderer for money. It took time for the character to settle into its rhythms, not helped by Quantum’s uninteresting story, but Skyfall doesn’t inherit any of these drawbacks. Here, Craig shows us Bond as a true agent, fielding ingenuity against bullets, never giving up even when the odds are stacked against him.

The other cast members are also steller. Judi Dench owns M more than ever, the extremely watchable Ralph Fiennes has great presence and even Ben Whishaw, as a new Q straight out of college, holds his own. The only downside is that the whole “Bond girl” aspect has been extremely downplayed. There’s a nice development involving Naomie Harris, but poor Bérénice Marlohe barely gets any time to shine. Flouting the girls around as Bond’s sexual conquests was certainly old-fashioned, but it did add a certain element to the Bond formula.

What a formula, though, and it’s crystal clear that director Sam Mendes absolutely understands it. From the thrilling car chase through Istanbul, a couple of stunning long takes (for both talking and fighting), through to a precisely staged finale in Scotland, every shot glows with style and confidence. There’s undeniable evidence that his experience with actors has brought out some career bests, especially the way Bardam exquisitely times the speech pattern of his bitter antagonist. Mendes also gives us time to wind down between set pieces. So many films get this wrong and hurtle along without any idea of calm before the storm. The script, too, has just the right mix of flavourful language with enough fan references to keep Bond purists happy for the next year.

It all builds to an amazing cresendo and positions itself as a solid base for the Bond films to come, even staging a final daring mini-reboot in many ways. It all seems so assured, so confident and rewarding; it’s hard to feel anything other than tingling anticipatory excitement when the closing credits gleefully announce JAMES BOND WILL RETURN. Just like it used to be, as it should be.

In Skyfall, we have the best Bond in years and a thrilling continuation of Craig’s interpretation. Actually, it’s not just one of the best Bond movies, it’s one of the best action dramas for a long time, with a main character that shows us how the reality of life should never have to keep us down for long. Timothy Dalton, my second favorite Bond, will be duly satisfied.

I am going to get this out of the way right now: Skyfall is a great film. Not just a great bond film, but a great film. It’s full of thrilling chases, great fights, and above all a solid story and superb cast to tell it.

Skyfall starts out like any great Bond film should, with a thrilling chase through a beautiful city using a multitude of vehicles. This, as with latter chases and action sequences are shot beautifully. The pacing is spot on, the camera works is amazing (thank the good sweet lord for the lack of Bourne style shakey cam) and the tension feels real. This is edge of your seat stuff! This leads into the classic Bond opening, and Adele’s “Skyfall” is a gorgeous song.

This opening sets up the basic plot of a list that shouldn’t exist falling into the wrong hands. You’ve seen this in the trailers, James Bond is back and he’s slightly worse for wear. It’s not often that Bond has been portrayed with a weakness but this weakness and vulnerability allows the character to grow in ways that _The World Is Not Enough_ failed to really explore.

Many were unsure of Daniel Craig as Bond when he was first cast. Blond haired and blue eyed he didn’t fit the physical profile, and in both _Casino Royale_ and _Quantum of Solace_ his Bond was a harder man. None of the gaget tomfoolery or the casual feel that none of the previous actors except Timothy Dalton had brought to the part. He had his quips, but most of them were played with a cold and cynical attitude. This certainly wasn’t your father’s James Bond. While I loved those movies, yes even _Quantum of Solace_, I sometimes felt that the films and Craig had gone too far in this direction. I’m happy to report that Skyfall has found the balance between old school casual Bond and new school gritty, real, cynical Bond, and that that is a wonderful thing.

Judi Dench is back as M and she is delightful as the tough as nails head of MI6. If she wasn’t before, She’s certainly my favourite Bond girl now. Her portrayal is skilled and nuanced and the character is more in the forefront as the bad guy, played brillianty by Javier Bardem, is out not just to get Bond but M as well. You’ve seen tidbits of Javier Bardem’s first scene in the trailer and while I don’t want to spoil anything suffice to say that the only thing that I might like better than him as Silva fighting Bond would be Anton Chigurth fighting Bond.

Ralph Fiennes and Ben Whishaw join the cast as a government official and Q respectively. Both are extremely capable actors and more than hold their own. Fiennes is basically always good, and I’m continually impressed with Ben Whishaw’s ability to throw himself into a part.

Where the film might be lacking is Bond girls. You might think the concept outdated or even sexist but it’s still an important part of the now 50 year old formula. That’s not to say that there aren’t Bond girls, just that neither Naomi Harris nor Bérénice Marlohe get as much develpment as they could, Marlohe especially. Harris does have a subplot unto her own, and her young fresh-into-the-but-unsure-if-she’s=ready-for=the-field agent plays well againts Craig’s unsure-if-he’s-still-good-enough-for-the-field Bond.

For those of you who felt that _Casino Royale_ and _Quantum of Solace_ left too much of the Bond formula out, suffice to say or points are back. As with Craig’s Bond finding the balance between old school and new, the film itself works all of these elements with the same even handedness. Q is back yes, but there’s no car that turns into a submarine or scene where Q delivers a gadget that would only really be useful in a specfic situation he couldn’t possibly predict (which Bond inevitably ends up in).

And that;s what makes the film great. Balance. A balance of ideas from the old school of Bond with the new school of Bond storytelling rooted in a world that’s more grounded in reality. Sam Mendes has done a brilliant job bringing this world to the screen and making sure that Craig, Dench and Bardem all play their characters with complexity and layers, never straying too far into anger, sadness or mania as they each deal with their pasts. He also proves himself one of the best action directors currently working today, a slightly strange thought when you consider this is the guy who usually brings us more thoughtful character pieces like _American Beauty_, _Jarhead_ and _Away We Go_. The script is brilliant, providing just enough fan service to put a smile on your face but not so much that it falls into the trap of camp so many other Bond films have.

Skyfall is really the third part of a loose trilogy. It starts witht he cocky new agent in _Casino Royale_ who ends up letting his guard down and getting betrayed, continues with him reeling and recovering from this betrayal and heartbreak in _Quantum of Solace_, and finally coming into his own by the end of _Skyfall_. I won’t spoil the end, but what I will say is that Skyfall brings Bond full circle and provides a solid foundation upon which the franchise can move forward will a fully formed Bond in a fully formed world. As the credits roll the statement “JAMES BOND WILL RETURN” is on screen as it always used to be, and I couldn’t be more excited for when he does.